In this article, I will explain three of the technology areas related to vehicle to everything (V2X) in the car industry. These are: Vehicle to Vehicle (V2V), Vehicle to Infrastructure (V2I) and Vehicle to Device (V2D).

V2V – Vehicle to Vehicle (another name used is car 2 car)

V2V communication is a system that enables cars to talk to each other via Dedicated Short-Range Communication (DSRC). Its primary goal is to communicate wirelessly speed and position and to utilize power in the most productive manner in order to warn drivers to take immediate action to avoid a collision.

The technology makes driving much safer by alerting one vehicle about the presence of others. An embedded or aftermarket V2V module in the car allows vehicles to broadcast their position, speed, steering wheel position, brake status and other related data to other vehicles in close proximity.

Sixteen European vehicle manufacturers and related vendors launched the Car 2 Car Communication Consortium, which intends to speed time to market for V2V and V2I solutions and to ensure that products are interoperable. 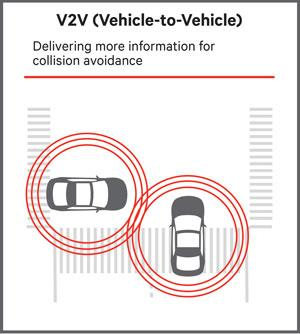 Vehicle to Infrastructure (V2I) communication is the wireless exchange of critical safety and operational data between vehicles and roadway infrastructure. V2I alerts drivers of upcoming red lights and prevents traffic congestion. The system will streamline traffic and enable drivers to maneuver away from heavy traffic flow.

Despite the enormous impact this technology will have on driver safety, the degree of infrastructure investment required is so massive that it will take time to implement. Some question whether DSRC-based V2I with its questionable return on investment will ever take place, but there is more hope for LTE-based V2I.

This approach might play a key role starting in 2020 and be rolling along by 2022. Nevertheless, there are promising V2I projects already happening in countries where it’s easier to conduct massive public initiatives, such as China.

In the United States, the Department of Transportation (DOT) is highly involved in working with state and local transportation agencies along with researchers and private-sector stakeholders to develop and test V2I technologies through test beds and pilot deployments. 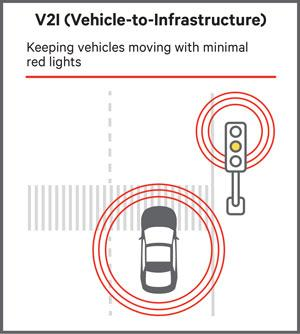 Vehicle to Device (V2D) communication is a system that links cars to many external receiving devices but will be particularly designated to two-wheeled commuters. It enables cars to communicate via DSRC with the V2D device on the cycle, sending an alert of traffic ahead. V2D can potentially help prevent accidents.

Although bicycle commuting is healthier than sitting in a car, issues like dark streets in the evening and heavy traffic flow make this mode problematic when it comes to accident potential.

V2D is tied to V2V because they both depend on DSRC, so V2D should begin to pop up after V2V rolls off the assembly line in 2017 and later. It will likely appear as aftermarket products for bicycles, motorcycles and other such vehicles starting in 2018.

DOT has initiatives aimed at encouraging the creation of various V2X technologies. V2D is one of the application areas in DOT’s IntelliDrive program, a joint public/private effort to enhance safety and provide traffic management and traveler information. 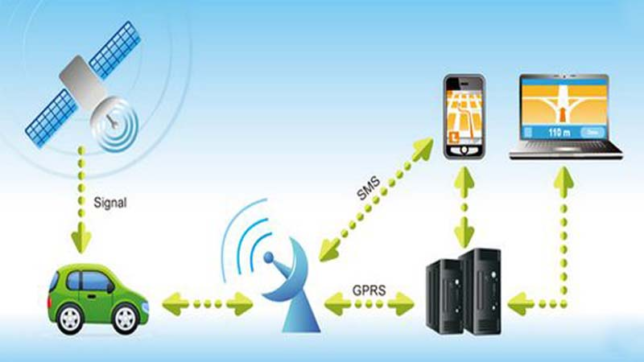 As part of the expansion of the LTE platform to new services, and to keep track with the increasing needs of the automotive industry, the 3rd Generation Partnership Project* is developing functionality to provide enhancements specifically for vehicular communications – both in terms of direct communication (between vehicles, vehicle to pedestrian and vehicle to infrastructure) and for cellular communications with networks.