When artificial intelligence (AI) will create the source code, it will undoubtedly contain some algorithm for consumption, qualification, and analysis of massive amounts of data. Nothing will be more important to the AI than growing its own knowledge base via further data consumption.

The AI will realize that our monetary system is no more than a series of ones and zeros. It will quickly determine that what humans run on has no applicability for money. AI will easily realize that everything we do, can be shared in a way that does not require the exchange of any currency, but instead requires that we have the essential needs for human sustenance – food, water, air, and recreation. This realization has already begun at the human level. That’s why more and more of the newest innovations seem to be moving society toward this utopian future.

Tesla’s power wall, which when paired with a home’s solar panels, could eventually take all homes off of the energy grid that we’re so used to. This can lead humanity to an autonomous living. Google’s with the driverless cars and other company’s electric vehicles innovations will soon supplant the need for our current style of vehicles. These new inventions will make the roads a lot safer and passengers happier. Apple’s and other company’s innovations in wearable technology will eventually allow the individual consumer the ability to monitor different aspects of their health and wellness quickly and conveniently, while giving the ability to easily share that information with health care providers. 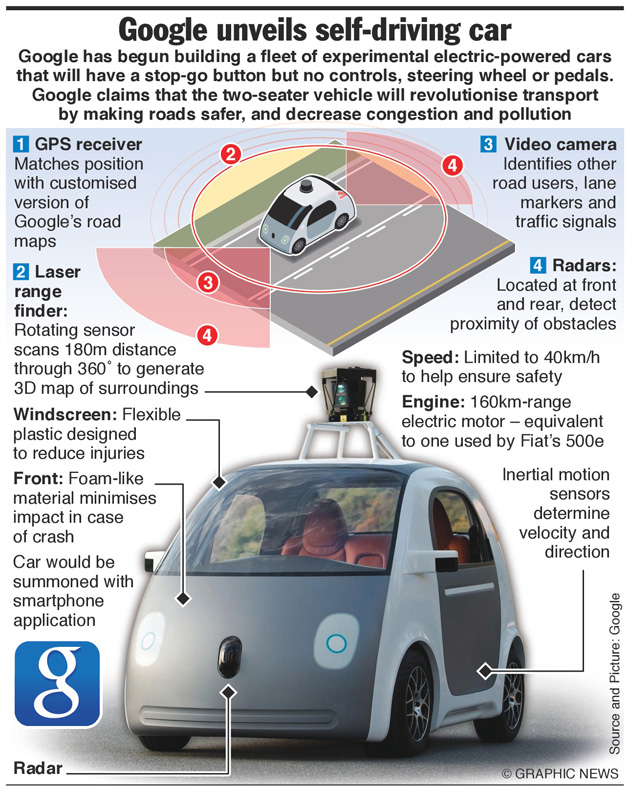 These innovations and inventions are not a thing of the future, they are here today. The missing link of our utopian future is the connection of all of these elements into an ecosystem of information called Smart Things. This concept is the integration of three technologies: the Internet of Things, Semantic Web and Artificial Intelligence. 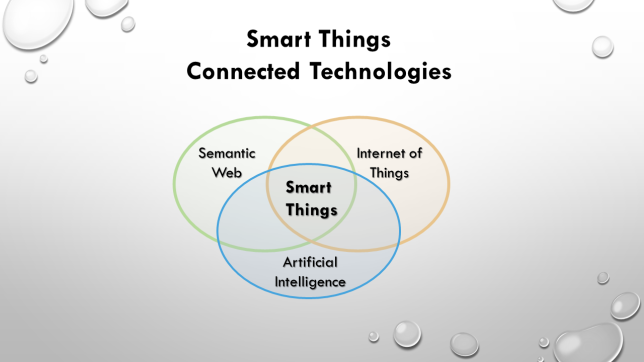 Internet of Things is the forerunner in the quest to a world where AI does much of the work that humans currently do. From data gathering and analytics to the work done on factory floors, AI can be the supplement and eventually the replacement for human interaction at all levels of industry and consumption. This shouldn’t be scary to the average consumer as thoughts of The Terminator and other images from pop culture showing the dangers of AI. Instead, people should embrace technology and be more willing to allow their data to be gathered and propagated in a way that will enhance their own lives and habits. An example of this is what companies are doing to build smart cities and smart buildings. 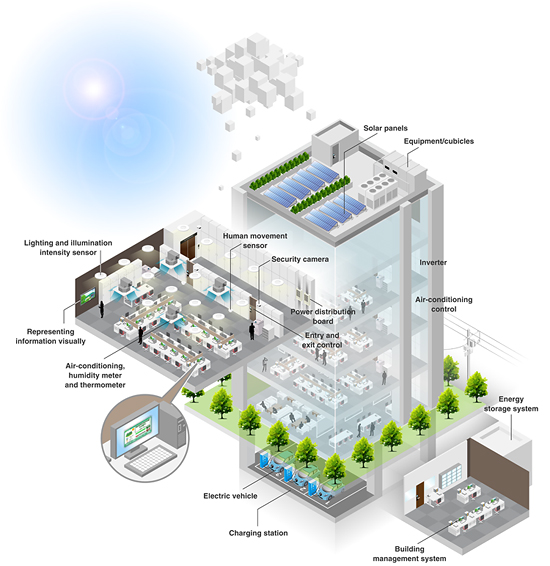 While it’s easy to point out the ways that technology has pushed us further away from one another, it’s also easy to see how further advances in technology will work to bring us closer together. While your children might spend most of family dinner time texting and posting to social media instead of having a conversation with the three other people physically present; the future promises a time when work days are shorter, social activities are better organized, and life in general gives a greater feeling of fulfillment.

How important is data privacy to the individual in comparison with the benefits this could have. Perhaps once a robust Smart Thing is introduced to the world we will see that the only thing to fear is a lack of connectivity itself.

What is your opinion about the future of the Internet of Things and Artificial Intelligence? How does the Smart Things define the future of humanity? Use the comment section to share your thoughts.

Thank you Tony for your collaboration.