Wearable technology is a smart electronic device with microcontrollers. The device can be worn on the body as an implant or as an accessory. These wearable devices can perform many of the same computing tasks as mobile phones and laptop computers; however, in some cases, wearable technology can outperform these hand-held devices entirely.

While wearable technology tends to refer to items which can be put on and taken off with ease, there are more invasive versions of the concept as in the case of implanted devices such as micro-chips or even smart tattoos. Ultimately, whether a device is worn on or incorporated into the body, the purpose of wearable technology is to create constant, convenient, seamless, portable, and mostly hands-free access to electronics and computers. 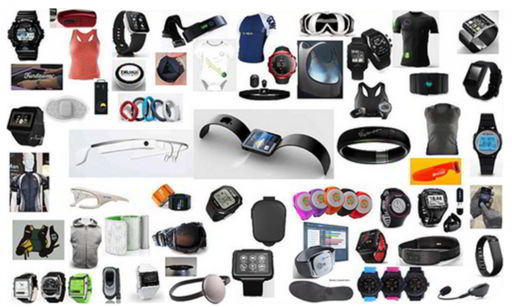 What is the Wearable Technology History?

Wearable technology is related to both ubiquitous computing and the history and development of wearable computers.

1961 – The first wearable computer appeared inside the shoes of MIT mathematics professors Edward O. Thorp and Claude Shannon. The two designed a timing device to fit inside their shoes to rather accurately predict where the ball would land in a roulette wheel, and then transmit the number through radio waves to the gambler at the table.

1981 – Steve Mann wired a computer to his backpack in order to control photographic equipment. He even mounted a camera viewfinder to a helmet to serve as the display.

1994 – Mann created the Wearable Wireless Webcam which he used to upload images to the Internet until 1996.

2004 – Fashion design label CuteCircuit unveiled a Bluetooth connected electronics called the HugShirt at the CyberArt Festival in Bilbao, Spain. This was the first wearable technology that took the form of a clothing garment.

2006 –Nike and Apple joined forces to create the Nike+iPod sport bundle (using Bluetooth technology). This allows runners and the health conscious to sync their movements with their iPod.

2007 – Apple iPhone is initially released. It was sold exclusively with AT&T (formerly Cingular) contracts in the United States.

2011 – Jawbone announced (and then paused production) of its lifestyle tracking system, UP. The UP wristband and accompanying app was first announced at the TED conference in Scotland.

2011 – Google developed the first prototype of what would become Google Glass. The tech giant sent test models to a select group in April 2013 and then released the device to the general public in May 2014.

2015 – Apple introduced the Apple Watch. The company sold 4.2 million smartwatches in the second quarter of the 2015 fiscal year.

How does Wearable Technology Work?

Wearable is based on 3 layers:

First Layer – this layer is the sensor(s). The sensors are placed closest to the body. The sensors monitor elements such as temperature, movement and pulse.

Second Layer – this layer is the connectivity and control layer. The Bluetooth Low Energy (BLE) protocol is the most commonly used to connect wearable devices to a smartphone or home network.

Third Layer – This layer is the cloud where the wearable supplies and reads data. 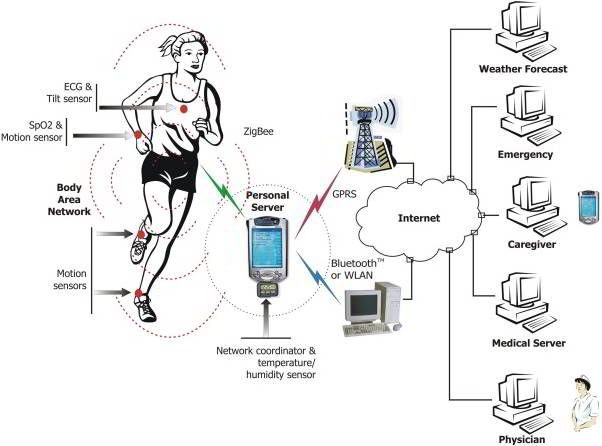 Wearable devices such as activity trackers are a good example of the Internet of Things, since “things” such as electronics, software, sensors and connectivity are effectors that enable objects to exchange data through the internet with a manufacturer, operator and/or other connected devices without requiring human intervention.

The implications and uses of wearable technology are far reaching and can influence the fields of health and medicine, fitness, aging, disabilities, education, transportation, enterprise, finance, gaming and music. The goal of wearable technologies in each of these fields will be to smoothly incorporate functional, portable electronics and computers into individuals’ daily lives.

Wearable devices are rapidly advancing in terms of technology, functionality, and size, with more real-time applications. Developers and analysts predict that wearable technology will very quickly change the technological and cultural landscapes, same as smartphones, iPods and tables, and may even change the nature of mobile phones and other hand-held devices entirely.