The consumers view on wearables, part 1 is a survey conducted by Ericsson Consumer Lab in March 2016. This was an online survey of 5,000 iPhone and Android smartphone users, aged between 15 and 65, of whom 50% were also existing wearable technology owners.

The participants in the online survey were located in Brazil, China, South Korea, the UK and the US. Their views are representative of the opinion of 280 million smartphone users across these 5 markets.

74 percent believe multiple wearables and sensors will help them interact with other devices and physical things around them, while 1 in 3 smartphone users believes they will wear at least 5 wearables beyond 2020. Thus, a setback in wearables adoption might delay the overall adoption of the IoT among consumers.

43 percent of those surveyed believe smartphones will be replaced by wearables, while 40 percent of smartwatch users already interact less with smartphones today. As wearables get smarter, the smartphone may become a secondary screen.

Despite this, a quarter of those who have bought wearables in the past three months say their expectations have not been met.

However, current users of wearables believe the development will be much faster.

In the US (one of the leading markets for wearables) the majority of existing users of wearables are adults in the 25–34 age bracket. In this market, smartwatch and fitness tracker owners are similar in terms of affluence and age but not gender.

While females are more likely to own activity trackers, 63 percent of smartwatch owners are male. Younger generations appear to be the new users of these devices – around 24 percent of surveyed smartphone users across 5 markets who had adopted wearables in the last 3 months were 15–24 years old.

In this study, Ericsson saw wearables adoption moving beyond the early adopter group and no longer confined to the fittest, with 43 percent of those who have bought wearables in the past 3 months either doing moderate or no exercise. Thus, the wearables demographic divide is narrowing. 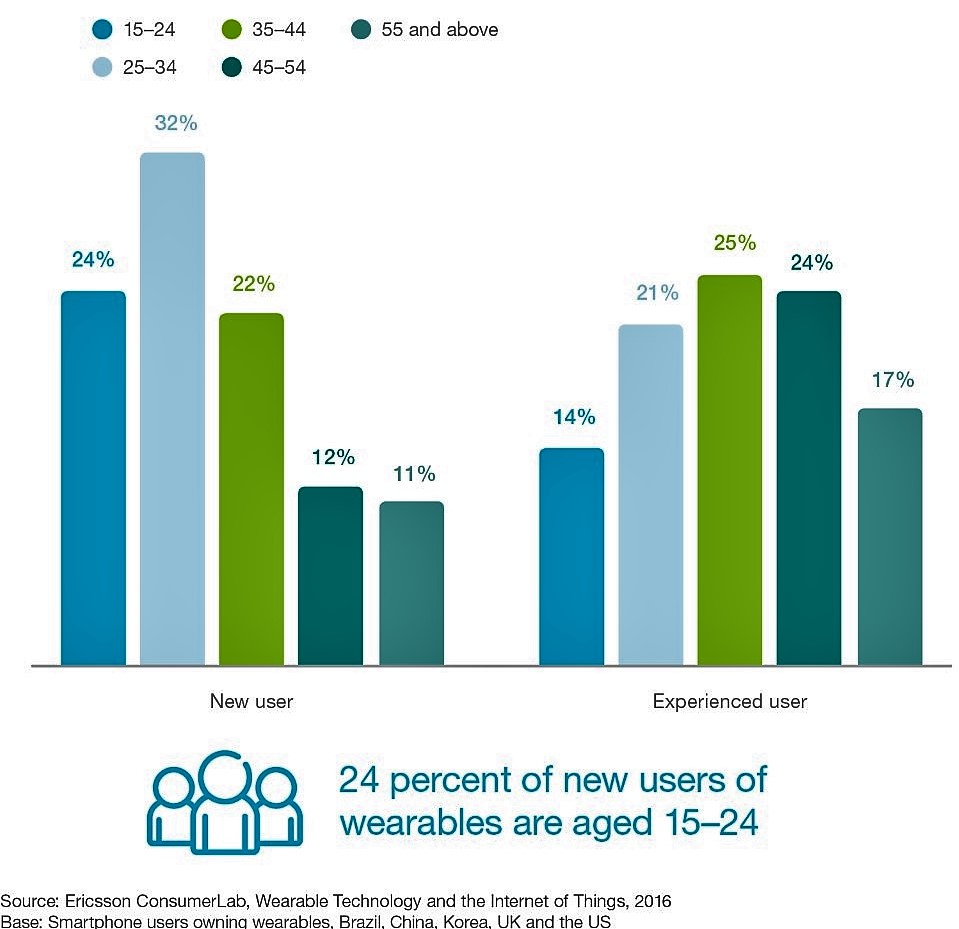 Across the 5 markets surveyed, of the 62 percent of smartphone users who do not own any wearables today, 35 percent are interested in buying fitness trackers and smartwatches.

The majority of consumers predict that most of the concepts tested will not go mainstream until after 2020. However, existing users believe wearables development will be much faster, with 60 percent predicting that blood alcohol monitoring ‘internables’ and smart garments will be mainstream by 2020. 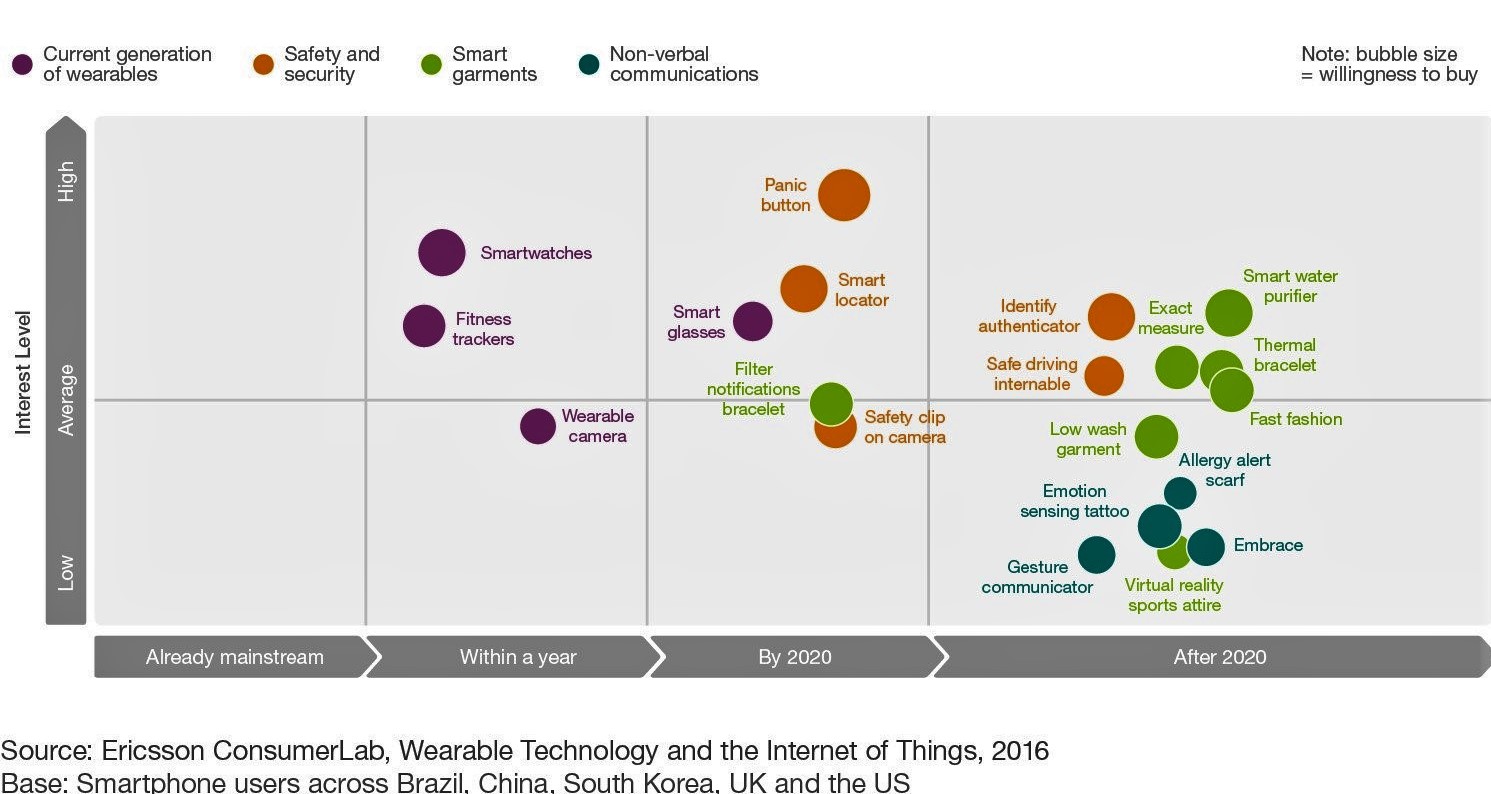 With expectations rising among users of wearables, wireless networks and business models may also have to evolve to cope with a future where consumers will wear multiple devices and expect them to connect to the internet, interact with physical surroundings and receive actionable data and insights – all in a seamless and secure way.

Wearables in general have generated interest in the IoT due to the easy access and immediacy of the platform. Plus, wearables of all form factors collect some of the most personal and contextually relevant data available.